Continued Research and Life Long Learning progress for everyone


Everyone can Contribute to Malaysia with Love and Peace...

... not forgetting with sharing of advanced knowledge and technology from local and international sources:

It's all starts from the FEELINGS in our heart that I learned from my school days shared in a turning 60 reunion journal of old boys and girls with the special spirit of our Alma Mater that we never lost no matter where we are today.

Anyone can do it with the right Feelings and Spirit of determination to keep learning and doing. Then in the end, if we had only one more day to live, we won't have any regrets that our time has run out!

This story is shared by “Dad the KL City Kid”, my pet name (https://bit.ly/2n6LyrQ) through which I use to post my journals online, since 2005. I have been writing journals, on paper first, for the past 40 years since I turned to become an adult at age 21 in Australia. This was the time when I had the opportunity to shake the hand of a former prime minister Goth Whitlam at his graduation, to thank him for the free education I received from the Australian government led by the labor party at that time.

Receiving formal education overseas and practical experience to become a Chartered Accountant back in my home country didn’t seem sufficient.  Having majored in computer science besides accounting when I started my Australian tertiary education in 1977, I embarked into the world of an entrepreneur in the 80s. Pioneering in the field of Information Technology, I influenced the Malaysian government working with MIDA, the Malaysian Industrial Development Authority, to grant my company to be the first pioneer status IT Corporation to receive a tax-free incentive from the government for five years.

This was the beginning of my non-stop busy life to become a serial entrepreneur, also a family man with 6 children eventually, and never forgetting my spiritual commitment to serve my fellowmen through non-government organizations. I have traveled to over 30 countries during my lifetime with over 25 times to the current world superpower to satisfy my lifelong learning desire for continued intellectual and spiritual development. My accomplishments and breakthroughs in a myriad of fields of business and social/spiritual endeavors have been recognized by the public recorded in my personal “TalkLane” journal. (https://bit.ly/3111RIh)

When my wife was diagnosed with cancer in 2005, I turned my focus to wife and family to withdraw from the business world. Basically, I rolled up my sleeves to work on the priorities of the top left quadrant of what is important and urgent, visualized by this chart. During the period of 7 years, until she passed away in 2012, many miracles occurred even in the last week of her passing which has also been recorded in my personal journals.

It was a time of great reflection on the meaning and purpose of life. Miracles continued to happen as if there was a continued connection with my wife to me to know she was well. I also felt inspired by her that I should write a real book to be published instead of just recording my life experiences in my personal journal. This began the next 7 years of intensive research to write a book after her passing.  I chose the most complex theme of ‘Human Consciousness’ to work on believing that Man needed to more fully understand this mystery that Scientific and Spiritual entities have been trying to unravel for a long time.

Blue Boy Mansion has a story to be included in my book as I launch a new Transformation Project of buildings and people starting with this historical building of Bukit Bintang. It is becoming an experiential learning place for the community in line with the hopes of a new and more progressive Malaysia perceived by the people after the 14th General Election of the country. Plans are to attract more talents, scientists, artists, researchers, technologists, historians and even ordinary tourists who can feel there is something unique or special in our country. They would want to spend more time in the Bukit Bintang area as a tourist as well as to help in, contribute or observe the positive transformation that is occurring.

The long delay of progress continued when the developer first refused to issue the new strata titles to the owners for an extended period of time since the Blue Boy Mansion Management Corporation came to existence on 1 April 2011 as per the certificate below: 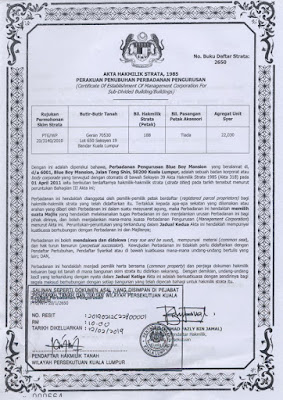 It required a lawsuit against the developer to force the company Embassy sdn bhd to begin issuing strata titles to all entitled owners as recorded here.

At last, on 15th October 2019, the owners were able to attend the 1st Annual General Meeting of the new Management Corporation that was long delayed by the errant developer. Five members of the management committee were duly elected representing owners of units in the building. 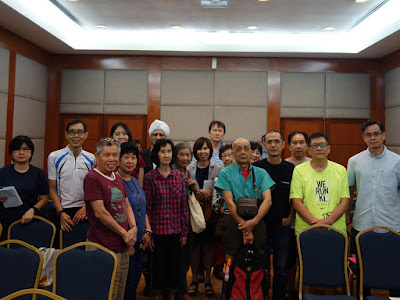 Everyone is feeling less blue and more hopeful as they witness positive changes happening in Blue Boy Mansion. This video is made with the famous "Misty Blue" music, sharing photos of the past, present, and future people who have been or will be involved in this soul-changing Transformation project:

More early celebrations below without the Blues at Blue Boy Mansion in Bukit Bintang, Kuala Lumpur:


I was attracted to my oldest daughter's photo she shared as her profile photo in Facebook all in Blue at this time of writing: 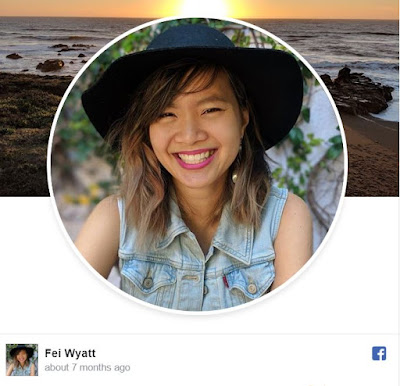 Love her Blues outfit! More so, I love her heart and mind as the oldest child in our family who started me off in social media when she was a teenager! We're an international family today with a somewhat multi-culture just like the country of Malaysia where all the children were born.

Here is a short video of our last family reunion in 2018 in Kuala Lumpur.  Mom of the family is missing as she had passed away 7 years ago at this date of writing. which is towards the year-end of 2019. Click here for a longer video of her life with the family. 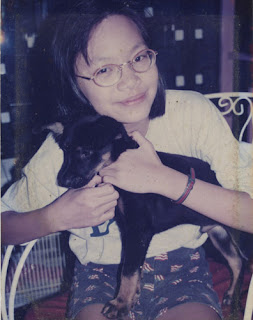 Fei was the one who brought home our famous Simba dog found at school when young. Wow, I was wondering why I pulled in her photo from Facebook above until something happened later at Blue Boy on 7 December 2019, to my surprise! Watch the video below to know what happened:


I made the above video post on Youtube with the date stamp online on 9 Dec 2019 to add some photos of Fei who was known to bring stray puppies from school to our home! 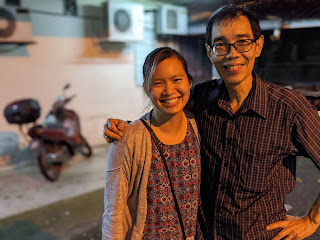 Little did I expect she would end up landing in KL on 27 Dec 2019 to pay me a visit at Blue Boy the day after! 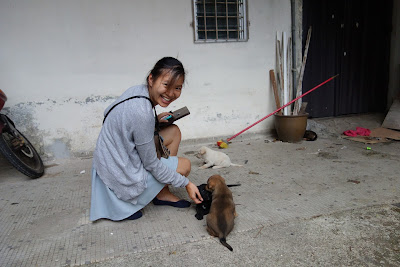 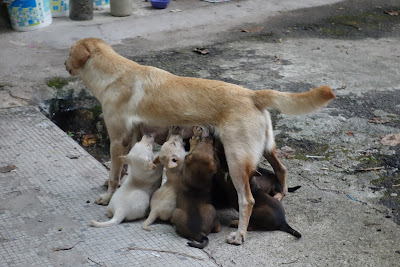 She got to witness this rare photo where all 7 puppies were being fed at the same time by their mother!